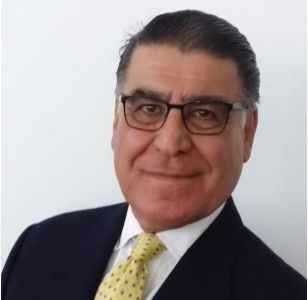 A Rational Exuberance For The Next 50

One of the key findings of Arab Youth Survey this year was that nearly half of the few thousand young men and women across the Arab nations in West Asia and North Africa consider the United Arab Emirates to be the country they most want to live in and their own country to emulate. In fact, Arab youth have chosen the UAE as their model nation every year in the last ten years.

That they should once again choose the UAE as their preferred country comes as no surprise. Bestriding the trade routes linking the eastern and western and north and south hemispheres, the UAE has long been synonymous with economic opportunity and a better life.

The astonishing success of Expo 2020 in Dubai, which has welcomed almost three million visitors since opening its doors in October, reminds us of another of its virtues – its reputation for openness, tolerance and diversity, which was further reinforced by the signing of the historic Abraham Accords last September.

Home to more than 100 different nationalities living peacefully together, the UAE’s standing as a haven of stability in an uncertain world inevitably appeals to young people in other countries struggling to chart a course through high unemployment, spiraling living costs, political upheaval and even military conflict.

The UAE has admittedly benefitted from its significant oil & gas reserves, the sixth largest in the world, but it is not the only nation in the region blessed with bountiful natural resources.

The fact that it has championed a model of government that listens and responds to the needs of its young people, while at the same time strictly adhering to local customs and the rule of law, is arguably just as important as its wealth in maintaining the high approval ratings of Arab youth.

All the Emiratis polled in this year’s survey – a staggering 100 per cent – said they believe their voice mattered to their leadership.

Of course, one of the issues on which young people have been increasingly vocal in recent years is the threat of climate change. Indeed, a growing number of young Arab citizens cite global warming as a key challenge.

Unsurprisingly, the UAE has been swift to show leadership on the transition to a lower- carbon economy, becoming the first Arab country to sign the Paris Agreement in 2015 and the first Persian Gulf nation to commit to net zero carbon emissions by 2050. It is also home to some of the world’s largest renewable energy projects and one of the first low-carbon cities.

The impact of these initiatives is that young UAE citizens feel empowered to tackle the challenges before them, unlike many young people these days in both the developed and developing worlds.

Thankfully, the UAE has chosen a different, resoundingly inclusive narrative where its young people are concerned, one where they are the hope of the nation as it looks towards the next 50 years of its success.